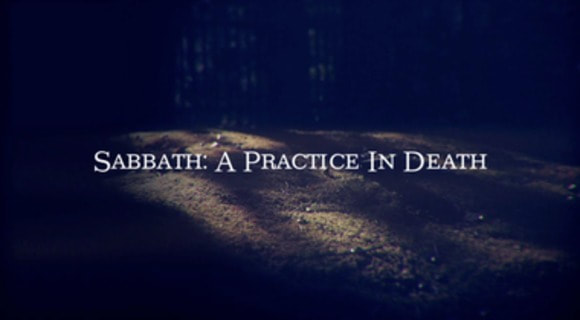 Would You Die To Keep Yeshua’s Sabbath 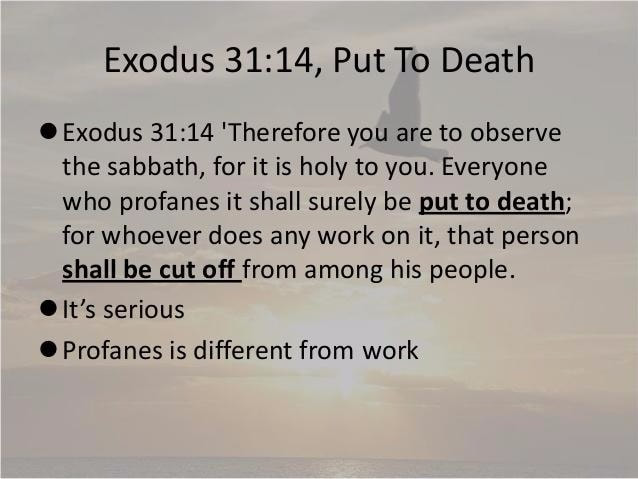 Let us also remember past examples of characters who were willing to die for Adonai.
In Daniel 3
there were three certain Jews who were set over the affairs of the province of Babylon,
Shadrach, Meshach, and Abednego; now these three men would not regard Nebuchadnezzar, they refused to serve his god’s and to the worship the golden image that  Nebuchadnezzar had erected of himself.
They refused to break the commandments of Adonai!
So Nebuchadnezzar had them ordered to be delivered to the fiery furnace that was to be heated one seven times more than it was..
Now we all know what happened to them, that kept Adonai’s Commandments.
They were protected by the son of Adonie, and that was Yeshua, he  shielded and protected them while thy were in the midst of the fiery furnace and they survived unharmed…..


Now in  Ester 3
Mordecai too refused to bow down to Haman.
why did   Mordecai refuse to bow down?
Because when  Persians  would bow down before their kings, they paid homage to a divine being. As a  faithful Jew
Mordecai could not give such honor.
Now that angered Haman very fiercely, he set out to destroy the Jews. he did it with deceivement  by informing the king that the Jews don’t keep his laws. They  then had the king sign a decree to destroy all of the Jews.The jews informed Ester of the decree and she then intervened on their behalf, the king was then reminded of  Mordecai’s  service, and the fact that he informed the king previously that two of his chamberlains sought to lay hands on him.
needless to say shortly after that haman was forced to honor
Mordecai and then to be hanged on the gallow which he had  planned to prep for  Mordecai to be hung on.
Now in Daniel 6
The satraps (Babylonian officials) apparently hated Daniel and wanted him removed from over them.
So they concocted a clever plan to rid of Daniel.  They proposed there be made a decree that any man who asked any petition of any God or man for thirty days be cast into the lion’s den.
They had deceived the King into signing the decree.
Now Daniel was about 80 yrs of age at this point and right after the decree was signed, Daniel went and fell on his knees thanking Adonai and asking Him for His guidance and help.
Now the  satraps (Babylonian officials)   assembled outside his window and waited until Daniel began to pray.  The  satraps (Babylonian officials) then went and informed the king who was Daniels friend, but at this point with the decree signed the king could do nothing…
So Daniel was then cast into the lions den, but Adonai sent an angel in with Daniel to shut the lions up and to keep Daniel from being hurt. Now the next morning the king went to check on his friend Daniel , to his surprise Daniel was not harmed. The king then had Daniel removed from the lions den and had
the satraps (Babylonian officials) that accused Daniel thrown into the lions den instead where they were all  killed.
So I now ask you, will you die for Yeshua’s Sabbath?
Sunday is not the Sabbath:
Did you know that Sunday is a Pagan worship day to the worship of the pagan God of the sun or sun-worship as with sun-day!
And Adonai’s true Sabbath day falls on the Hebrew calendar and not the Gregorian calendar.
We all must observe the Sabbath on Friday sundown till Saturday sundown. We must not work on these days during the Sabbath as it is a day of rest to partake in the honoring adonai.
The Sabbath is a day of rest, a day of worship, a day of fellowship, a day of rejoicing, and a day of meditation.  So with that being said we must study Yeshua ’s word of that day and pray to Yeshuamore than any other day of the week!
Adonai forbids His people from doing any work (including any shopping or buying) and to remember that it was He who blessed and sanctified this day for mankind. “Remember the Sabbath day by keeping it holy. Six days you shall labor and do all your work, but the seventh day is a Sabbath to Adonai your Elohim. On it you shall not do any work, neither you, nor your son or daughter, nor your manservant or maidservant, nor your animals, nor the alien within your gates. For in six days Adonai made the heavens and the earth, the sea, and all that is in them, but he rested on the seventh day. Therefore Adonai blessed the Sabbath day and set it apart” (Exodus 20:8-11).
Now why must we observe the Sabbath from Friday sundown until Saturday sundown?
Because Adonai’s day is from the evening until the following evening as you can see in Gen 1:5
Adonai called the light Day, and the darkness he called Night. So there was evening, and there was morning, one day
Also see Gen 1:8
and Adonai called the dome Sky. So there was evening, and there was morning, a second day.
And Adonai’s true Sabbath day falls on the Hebrew calendar and not the Gregorian calendar which most use today.